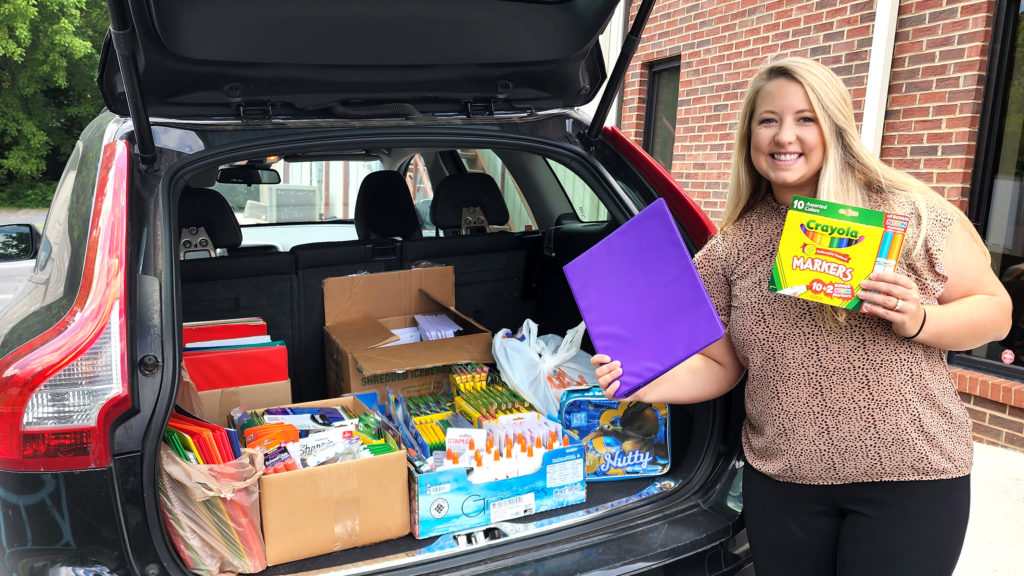 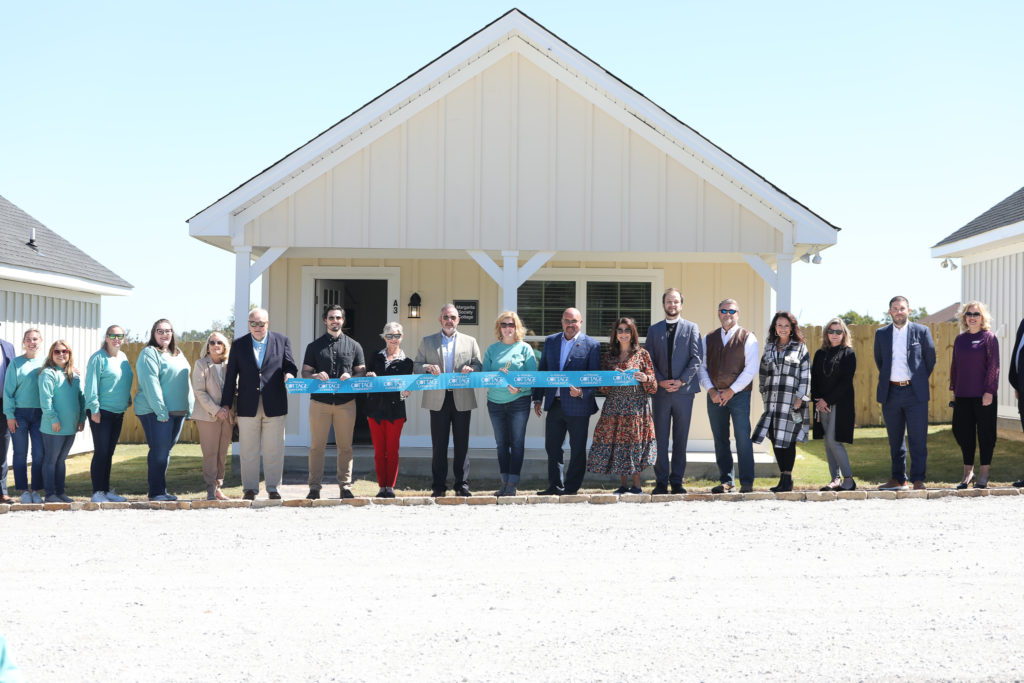 Buy A Brick
View Ways to Get Involved
Davidson Farms

For Haylee and her new family, life changed in less than a year 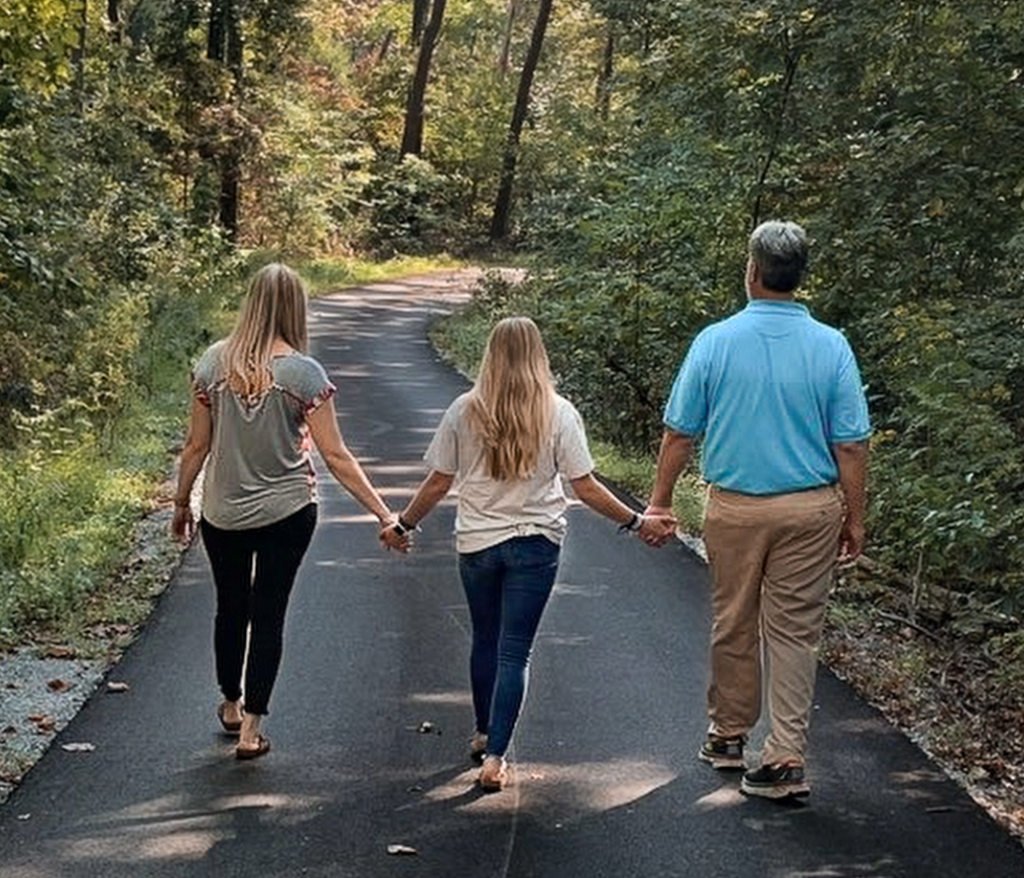 The last year for Haylee was such a whirlwind that it doesn’t actually feel like it was a year.

In April 2021, Haylee was living at Davidson Farms, a foster home for girls run by the Kids to Love Foundation. She spoke at the foundation’s annual fundraiser, Denim & Diamonds, about her life before and how the Farm had changed it.

By April 2022, Haylee was no longer at the Farm, and when she went to Denim and Diamonds this year, it was with her new family.

“A lot has happened in the past year,” she said. 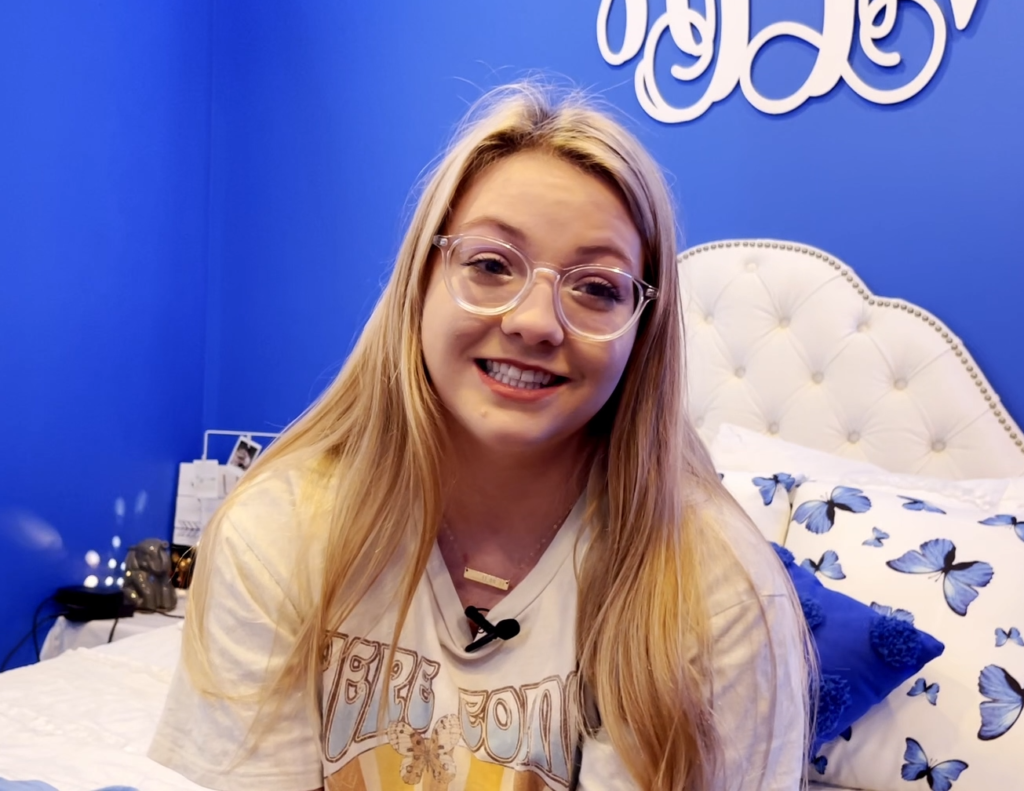 Haylee was in foster care for more than four years. She had spent two years with a foster family in Walker County but needed more attention and care. Her social worker contacted Kids to Love, and she was accepted into Davidson Farms.

It was a move Haylee didn’t want to make initially. She had to leave the friends she had made behind.
“I just remember I did not like it the first week I was there,” she said. “I was like ‘this is not what I’m used to. I’m pushed out of my comfort zone. I do not like it.’ Within the first month I was like ‘OK maybe this is something I can live with.’ Fast forward two years later. I am there. I am loved. It is somewhere that I call home.”

At Davidson Farms, Haylee got everything she needed. She had a counselor. She received three meals a day. She made friends.

And then at Denim & Diamonds, she got the chance to share her story. What she didn’t know at the time was her new parents were sitting in the audience.

They didn’t know either. 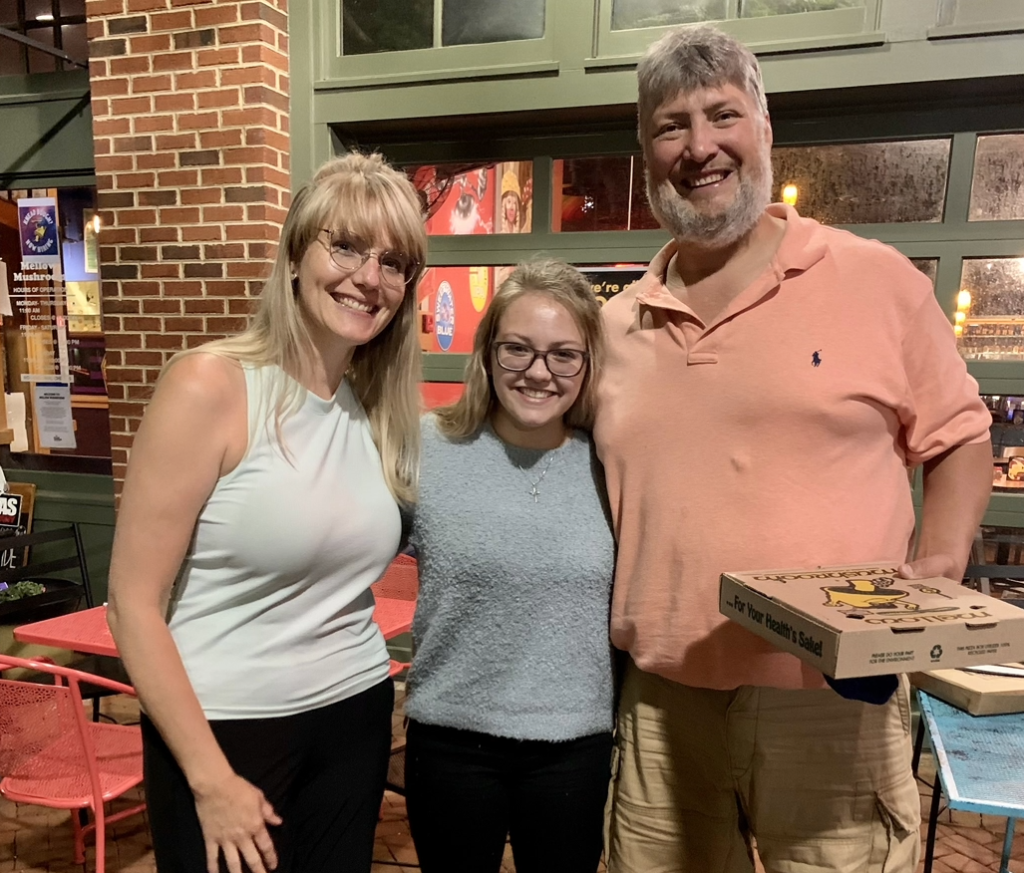 Amity and Bob Baron Jr. have been supporters of Kids to Love for years, and that year’s Denim & Diamonds was just like the others they had attended — until it wasn’t.

“I had noticed a very cute blonde girl when I came in, and my heart was moved, but I didn’t really know why,” Amity said. “And I just kept watching her throughout the evening interact with other girls, and then she got up to speak. And when she spoke I knew we were in trouble.”

Amity said she had an internal conversation with God throughout the evening.

Her conversation with the Lord continued through the evening. She found herself speaking with Haylee and told her she was proud of what she had overcome. When the event was over and Amity and Bob were finally alone and could talk, she thought he would be the voice of reason.

The conversation did not go the way she thought it would.

“I was like ‘Don’t start talking to me, because the Lord has spoken to me very clearly,’” Bob said.
They prayed and discussed it over the weekend and then called Kids to Love CEO Lee Marshall. They set a date to meet with Haylee.

“It was supposed to be just a dinner,” Haylee said. “We sat there for like four or five hours, and we were talking about all the possibilities that could happen from this experience.”

Everyone left that dinner with a good feeling, and they decided to move forward with the adoption process. Months later, after meetings, counseling, and navigating the legal system, Haylee became Haylee Nicole Baron in November 2021. 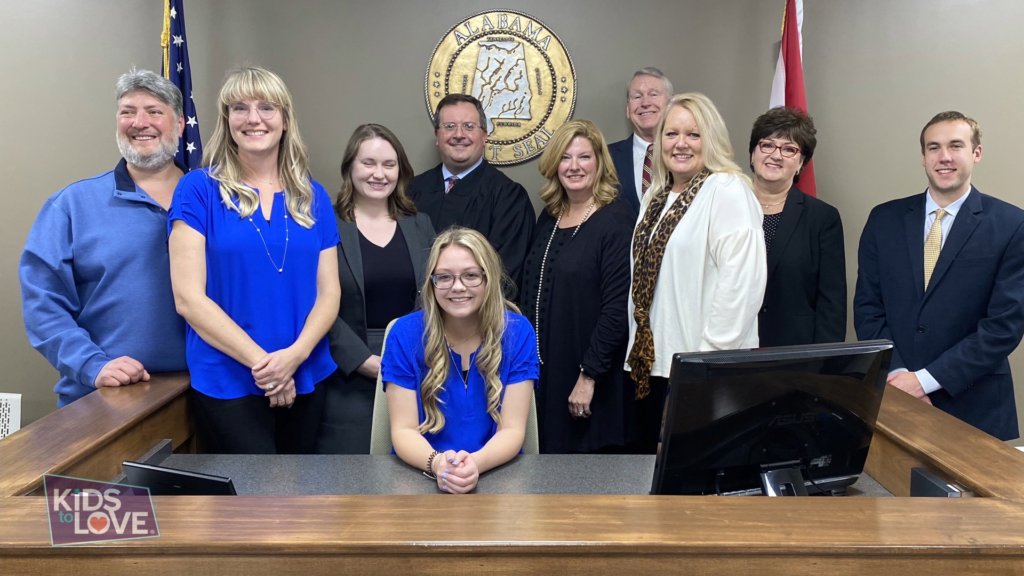 For them all, it feels like 10 years have been squeezed into one because of everything that has happened.
“It’s a little overwhelming for us and it’s a little overwhelming for her,” Bob said. “There’s a lot of growth on both sides. There are still challenges. Haylee has managed to survive things that no kid should have to survive. And she survived a system that really nobody should have to survive.”

But they wouldn’t change a thing.

“I think overall for me, the thing that comes back to me, and the Lord was reminding me today of it, is just how humbling it is to be chosen,” Amity said. “And I tell Haylee that all the time. He chose us to be her mom and dad. And the fact that he thinks we’re equipped to do it is humbling.” 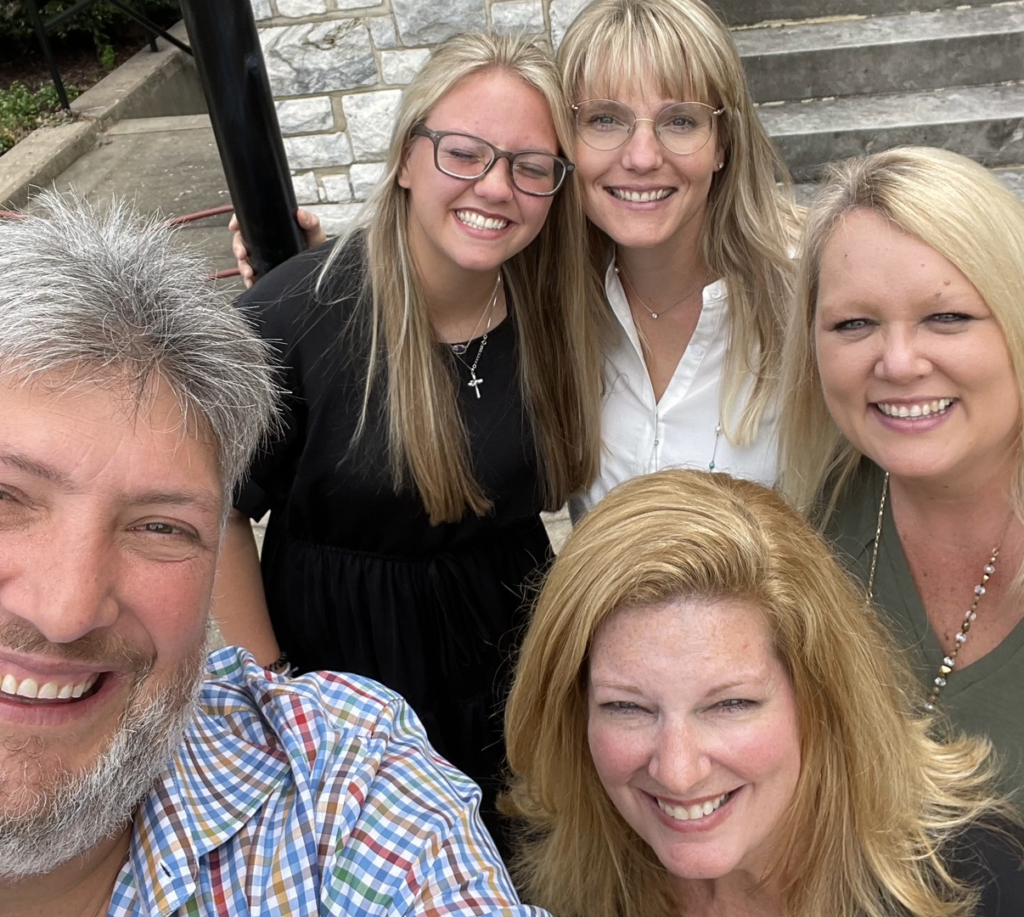